Former ING Bank building "Infinity" next to the A10 Highway in Amsterdam has now a fantastic atmospheric illuminated cafeteria on the eighth floor. This building has four awards to its name, and thanks to DiGidot it becomes even more beautiful on the inside. 192 custom made glass balls that hang suspended from the ceiling are placed in a curved way and form a three dimensional wave. All glass balls are illuminated by RGBW LEDs which are controlled individually by two DiGidot C4 Extended controllers. This light object not only contributes to the overall architecture but is also used to create nice atmospheres, especially on Friday afternoons. Because of the huge glass facade of this iconic and futuristic building, the light effect can be seen from the adjacent A10 highway. 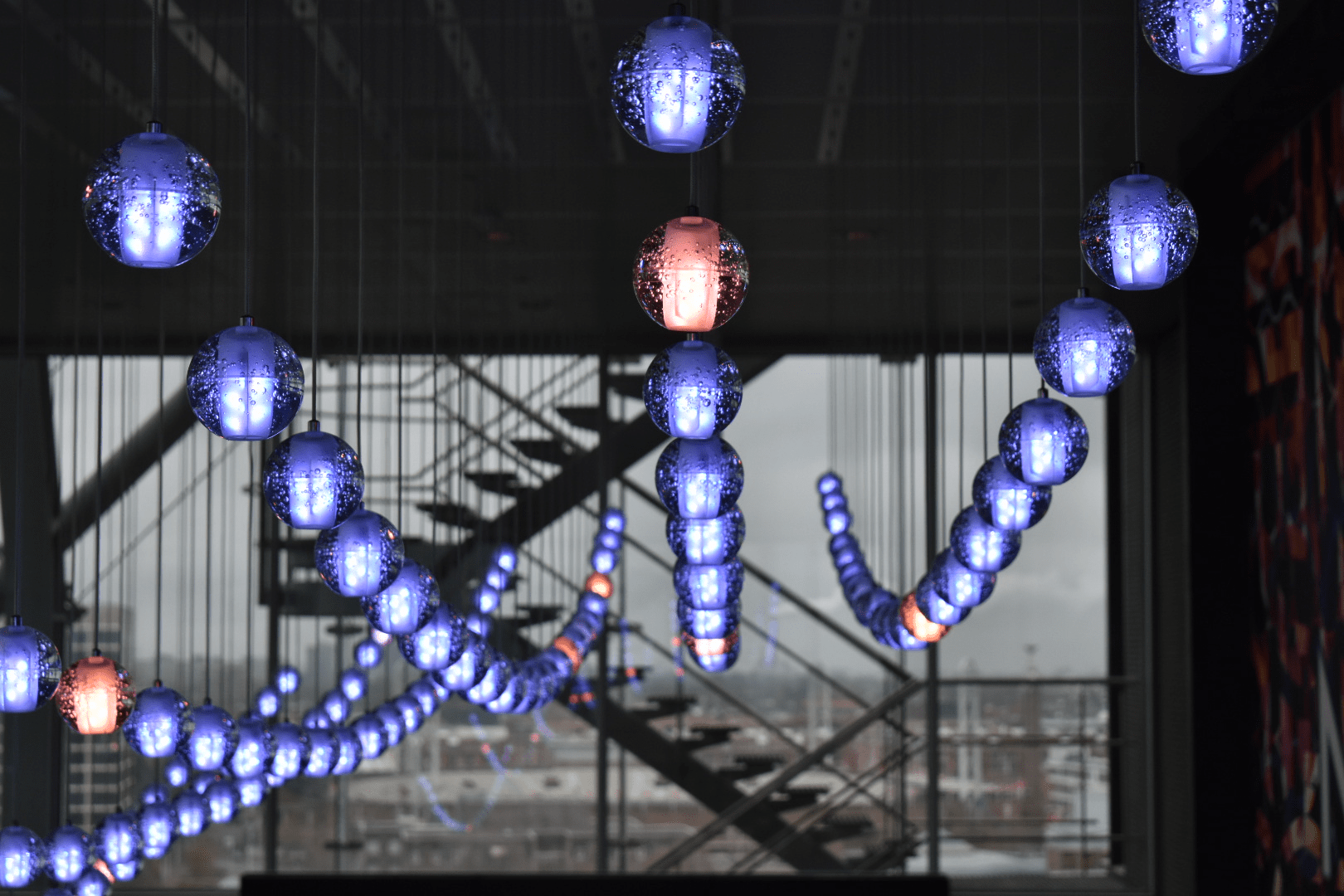 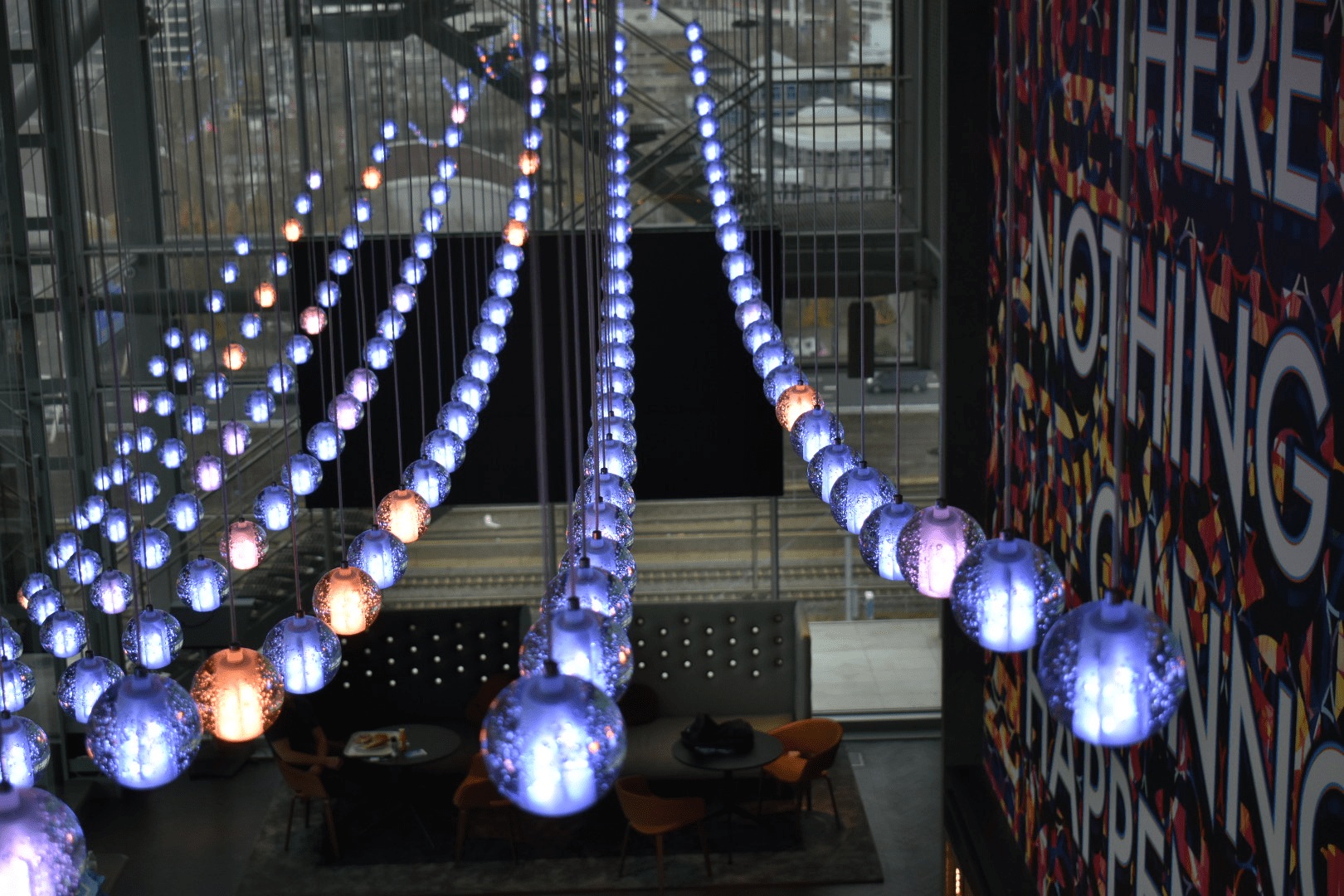 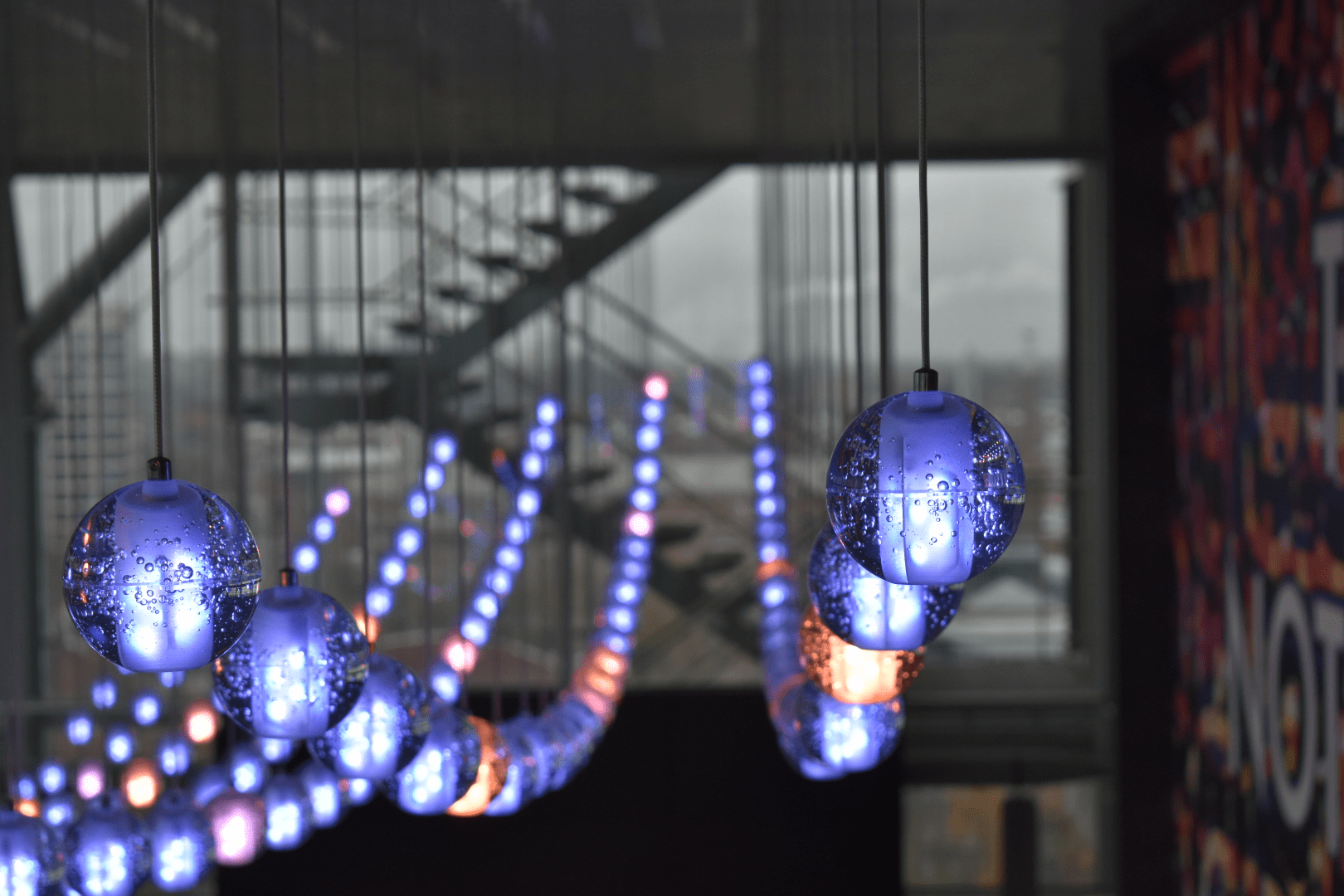 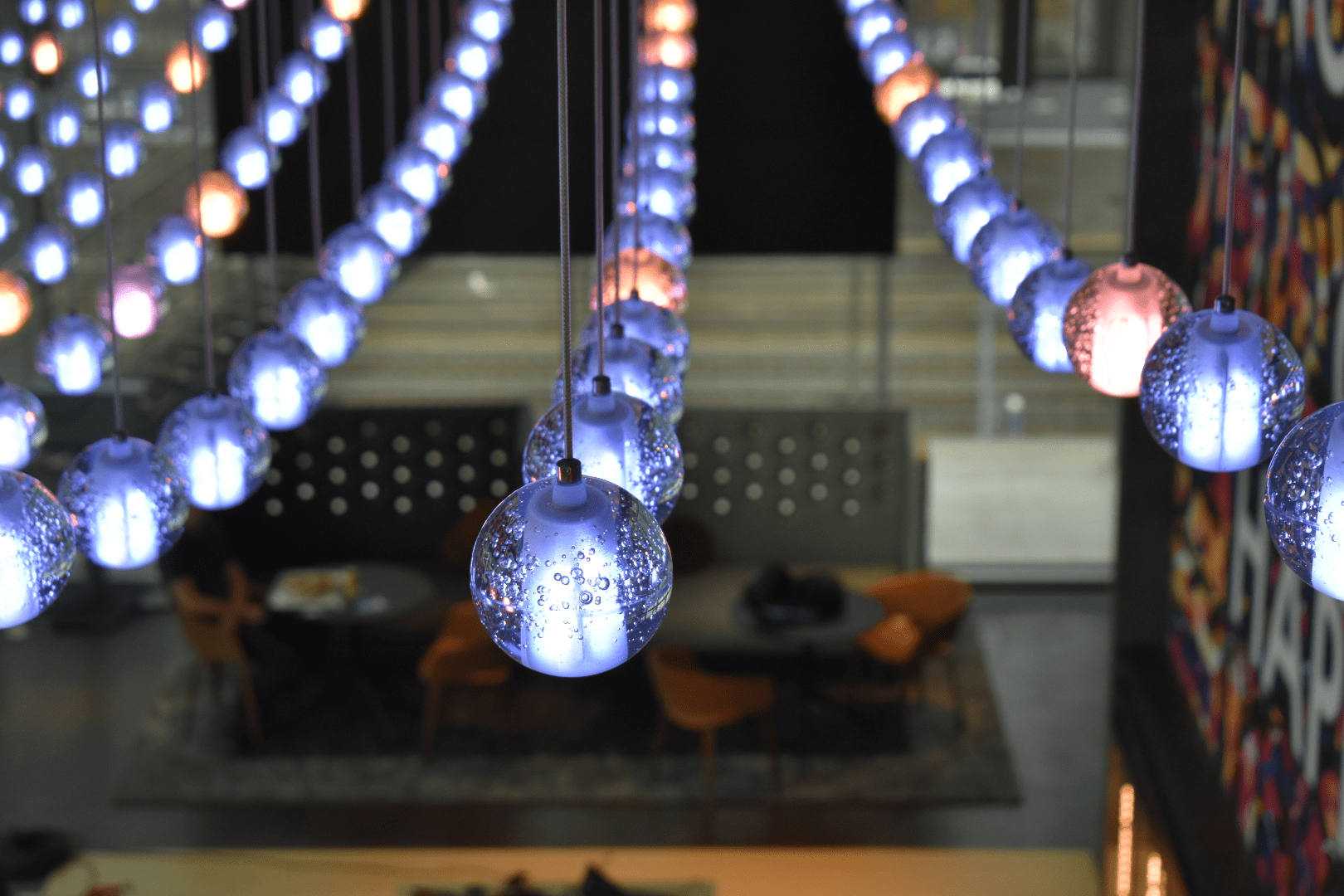 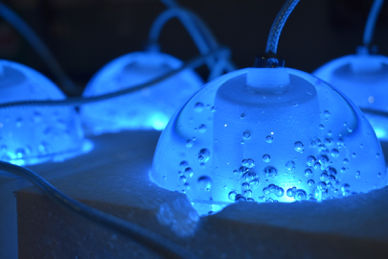 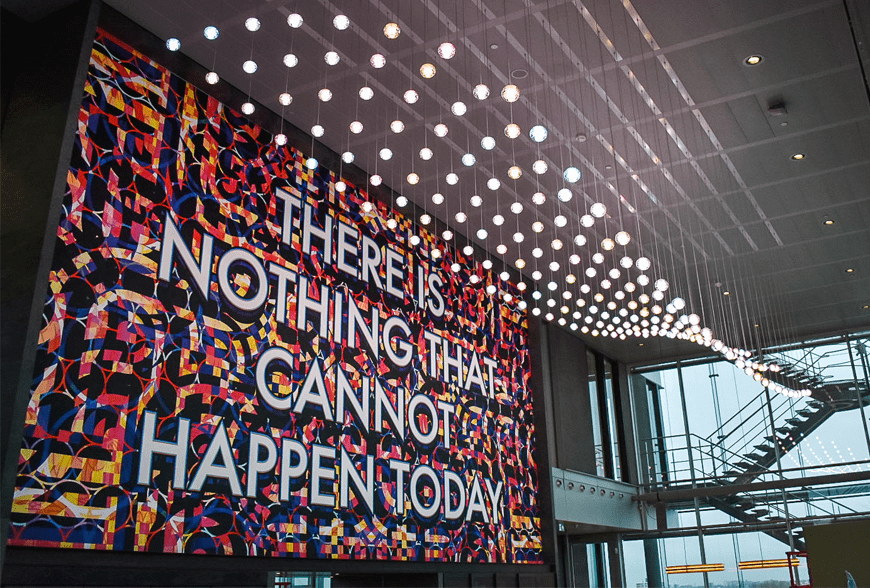